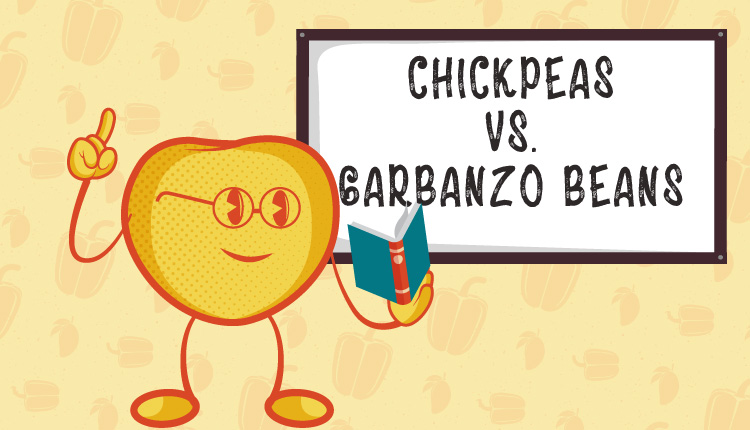 It’s a question I hear all of the time, “what’s the difference between chickpeas vs. garbanzo beans?” The short answer: nothing! They are actually two names for the same, wonderfully healthy superfood. The long answer is much more interesting, though.

For those of you who don’t know me, my name is Gary Garbanzo, AKA “Cicer arietinum” to my Latin friends, and if weird words tickle your fancy, buckle up. Garbanzo beans and chickpeas are referred to as “legumes”, a pod-shaped edible member of the Fabaceae, or Leguminosae, family. What really matters, though, is that legumes are packed to the pod with vitamins and nutrients. (Read: Is Hummus Good For You? Spoiler: Yes)

I've Bean Around the World

There are actually two known types of garbanzo beans – the Kabuli and Desi. The Kabuli means “from Kabul,” and has a light color with large seeds and a smooth coat, and a round, uniform shape. The Kabuli is often cultivated in Northern Africa, Europe, Pakistan, Afghanistan, Chile, and North America, and it is the type of Garbanzo we use at Roots! The second type, the Desi, translates to “local” in Latin. It is small and dark with a rough coat and yellow on the inside. It is cultivated in India, Ethiopia, Mexico, and Iran.

Then Where Did the Two Names Come From?

Garbanzo beans have been farmed by humans for hundreds and thousands of years. In fact, the crop is so old that we don’t know for sure which civilization first came up with the hummus recipe from my delicious ancestor garbanzo beans. Garbanzos appeared in early recordings in Turkey about 3500 BCE and in France 6790 BCE, but that’s not what they called it.

Quite a few cultures utilized the name cicer arietinum early on, including the Egyptians, Romans, Greeks, Turkish, Spanish, French, and eventually the English. From Cicer, the French adapted to “pois chiche” which they commonly used to make socca, a popular flatbread served as street food in southern France. Then the English contributed to the name from the French to “chich-pease,” which, as you can see, is where we eventually got “Chick-Pea” which is actually the more popular term around the world today.

The term “garbanzo” came from the Spanish-speaking bean eaters, who traditionally used my ancestors for making tapas such as garbanzo bean stew. The term dates back to the 1750s, and it’s theorized the term originated from the Basque word “garbantzu” which literally translates to “dry seed” from the ancient language that is still spoken in the Basque region between northern Spain and Western France.

Since both cultures influenced a lot of the food we eat today, both words were picked up by various cultures and people around the world. Today, you will find canned and dried beans labeled “Garbanzo” and “Chickpea” and they are all the same delicious bean!

We like to keep things simple, which is why we just stuck with one word: garbanzo. Using farm-to-table ingredients free of GMOs and preservatives, we’ve found that the simple path is often also the most delicious. And here we are over a decade later, still making simply delicious hummus from the freshest chickpe-… I mean, garbanzo beans we can find!

So, Chickpeas vs. Garbanzo Beans? Which team are you on?

Let us know in the comments!

No Spam. Just The Good Stuff. 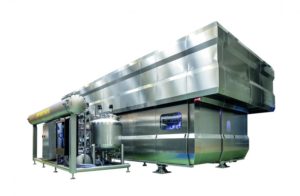 Trust the Process: How High Pressurization Keeps Roots Hummus Fresh Longer Than The Competition Dipotassium phosphate. Sodium benzoate. Potassium sorbate. Who needs ‘em? Not us! At Roots we believe in real food, i.e., things you can pronounce even if you’re a kid. That’s why every tub of hummus we craft is preserved through high pressure

Beans, Beans, They’re Good for Your Heart Regularly consuming legumes can lower your blood pressure and reduce your risk for all types of cardiovascular disease, that is according to a 2019 study in Advances in Nutrition. The massive “umbrella” study, which analyzed over 70 similar papers, further confirms the positive health benefits of eating products containing

Learn More About Our Hummus & Flavors

A Little bit of everything for everybody.